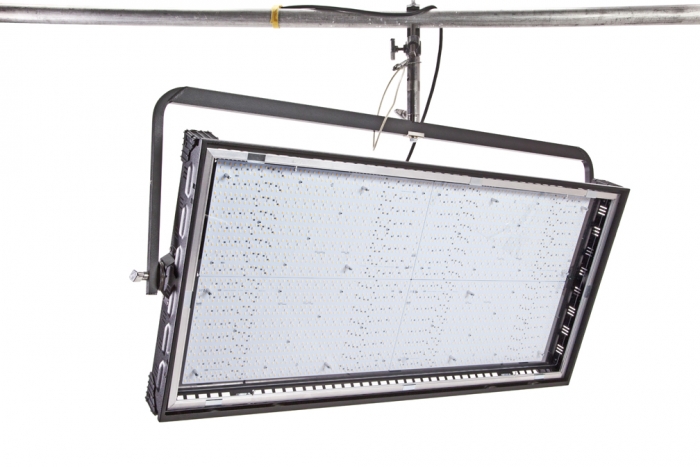 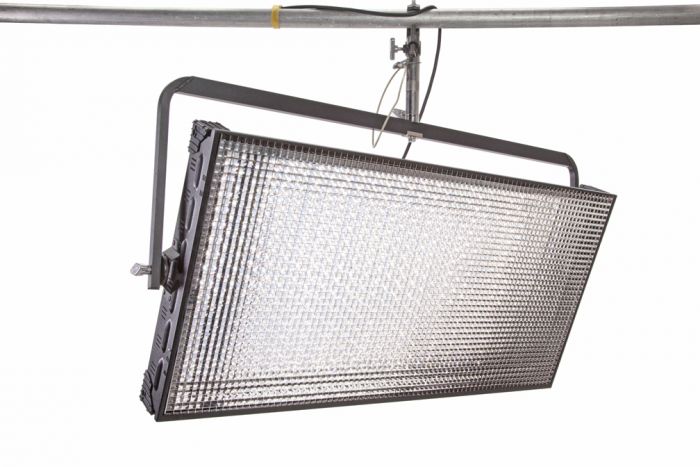 The versatile Image L80’s come with yoke mount options for studio grid installations and variable beam pitch control to
ensure an even flow of illumination from the top of a cyc wall (as high as 60 feet/20 meters) all the way out to stage forward.
The downfacing panels are as bright as tungsten spacelights, and the True Match® firmware ensures more dynamic light control than other LED spacelights. Kino Flo Lighting’s Image L80 photometrics and control specifications are available online for download into pre-visual studio design programs and professional lighting console profiles.

Kino Flo’s Image L80 LED's include 4 menu options, one white, two colors and FX menu. The White menu features include Dimming, Kelvin and Green/Magenta control channels. Dimming range is from .02 to 100 percent without introducing
any flicker and can be adjusted in coarse or fine mode by pressing the control knob in/out. The Kelvin range is tunable from 2700K tungsten to 6500K daylight. The Green/Magenta control can be scaled from 0 to 100, where 25 = ¼ correction, 50 = ½ correction and 100 = full correction.

If you are interested in upgrading your Image 80/85/87 fixtures to LED’s, Kino Flo has made Upgrade kits available to convert fluorescent Image fixtures to LED fixtures with the latest True Match® LED technology that comes standard with the company’s Celeb, FreeStyle and Diva-Lite LED lights. For more information, please click here